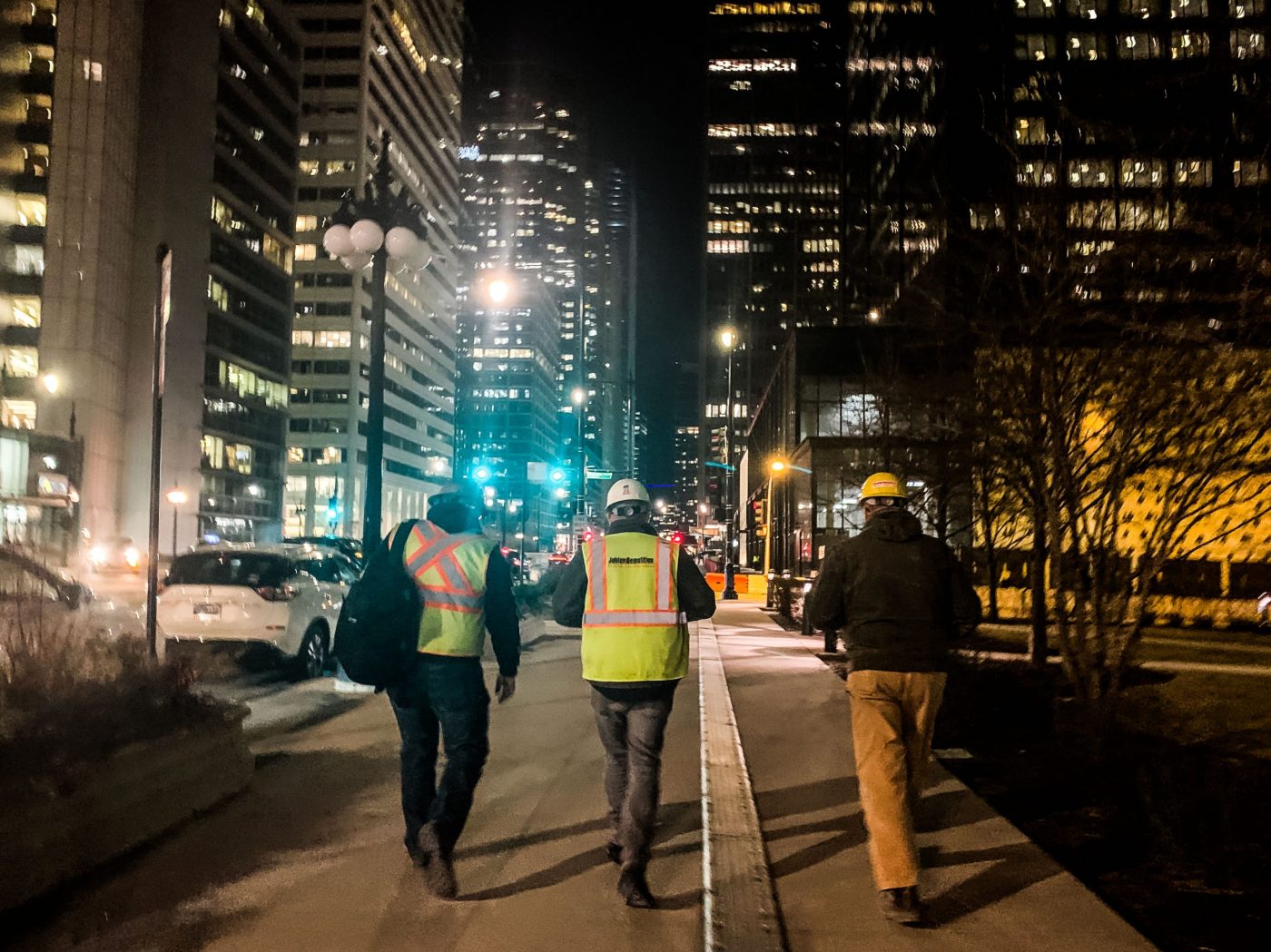 Looking at the massive scale of their work, it's apparent that Johler Demolition is one of the biggest demo companies in Chicago. They do everything from full corporate building take downs on the outskirts of the city to whole floor renovations at the top of skyscrapers downtown. It was an interesting trip seeing the complexed process of a complete tear-out starting at the top of Willis Tower.

As we entered the basement level of Willis Tower there were workers coming and going using the Daniel Mfg. Inc. Xtreme Duty Demolition Carts. Several large dumpsters were being filled using the Roto Fork attachment, which rotates the carts 360 degrees and allows the user to dump into a larger container. As we made our way to the top with a large group in an industrial elevator, the loud sounds of heavy equipment became louder.

The 40th floor of Willis Tower was thick with dust in the air and all the people working had respirators on. Some were on ladders cutting wire and material down to be thrown in the carts and others were pushing carts to go down to the basement. It was great to see the Daniel Mfg. Inc. products being used on a high profile job like this one. 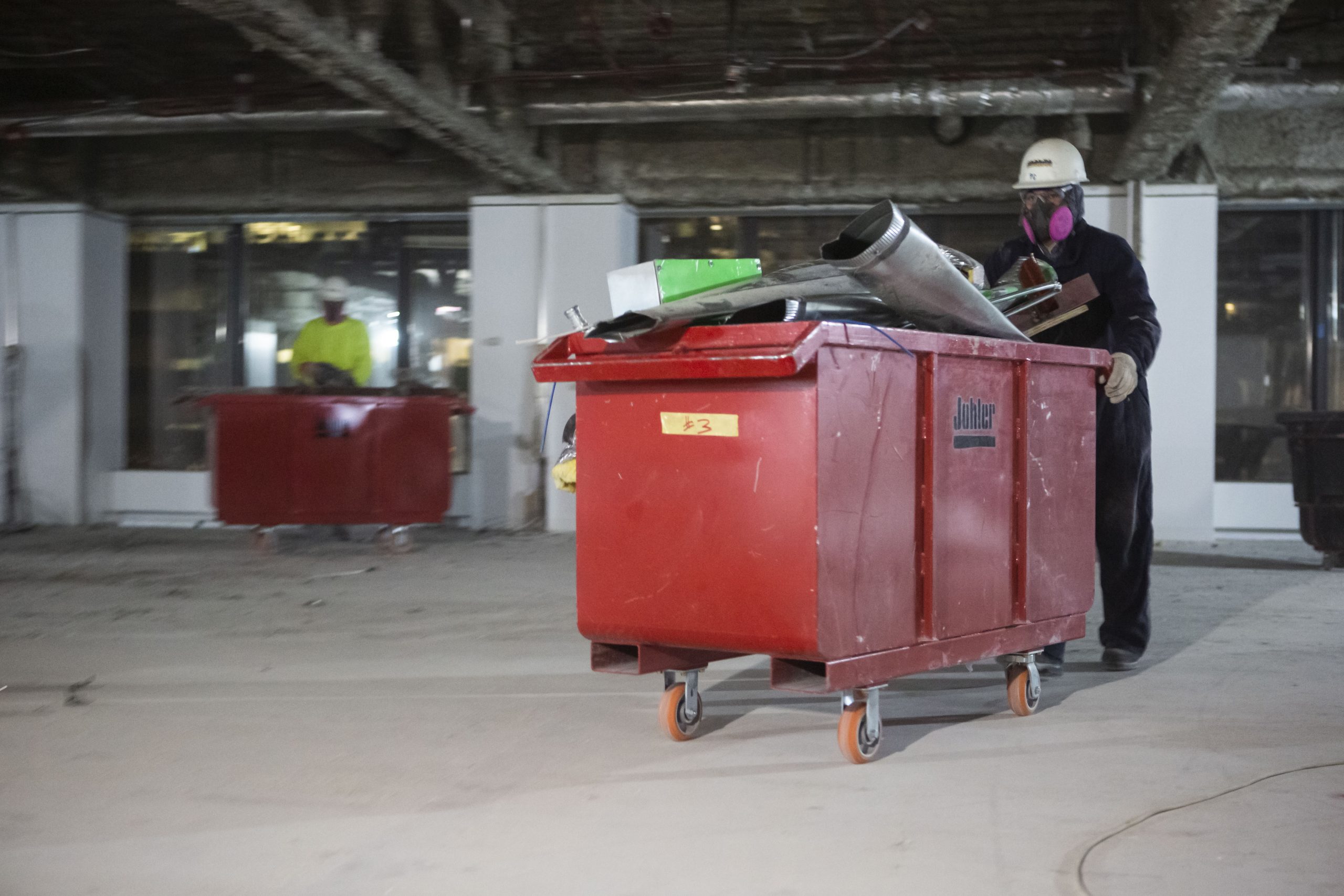 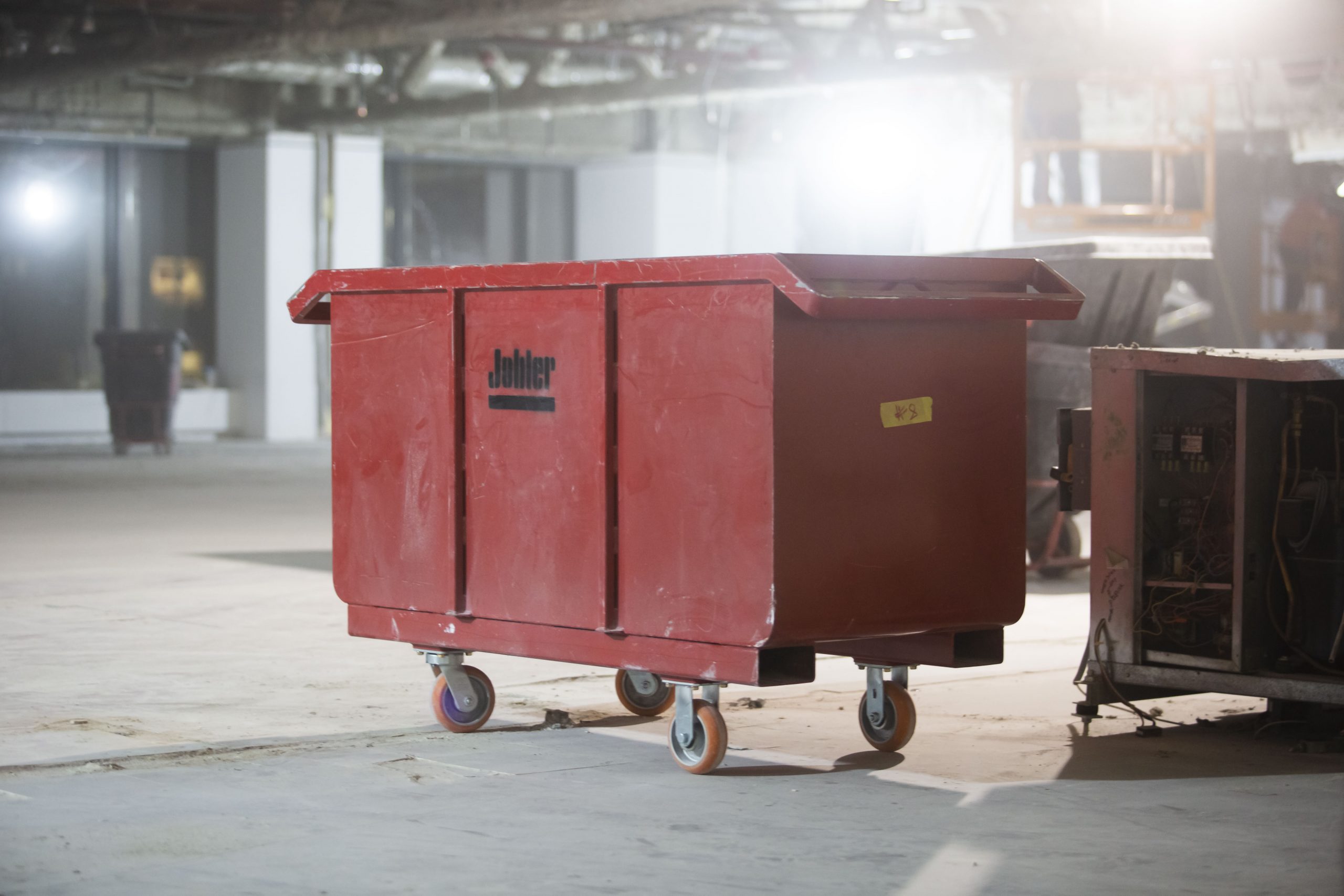 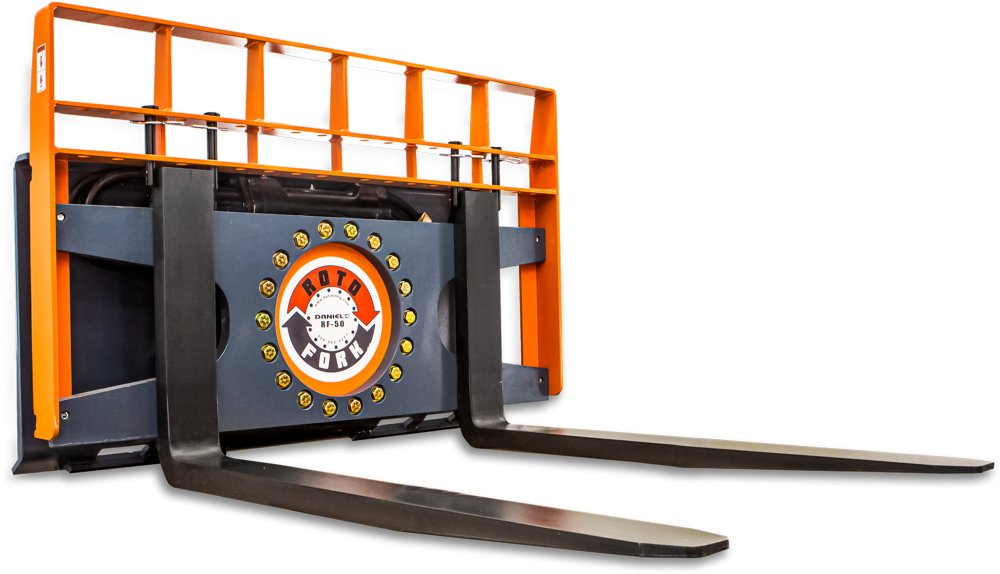 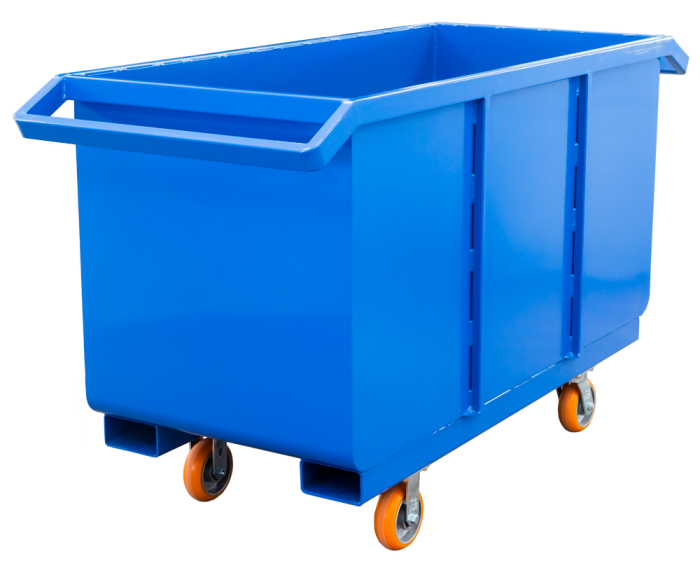 The next day we met up with Johler at a corporate building on the outskirts of Chicago. The whole fist floor had been gutted with only concrete pillars and flooring material remaining. Their Mini Beak was mounted on ta compact electric skid steer used to take out walls and move material. Our Mini Blue Island Scraper was used to scrape tile and other flooring materials from the concrete.

The second floor seemed to be completely intact with office furniture and paperwork posted on the walls as if people were working there the day before. We witnessed the takedown of cubicles while the Mini Blue Island Scraper's 19" head was utilized to take out carpet in open areas. All valuables were taken down to the first floor to be saved before the building was completely taken down. 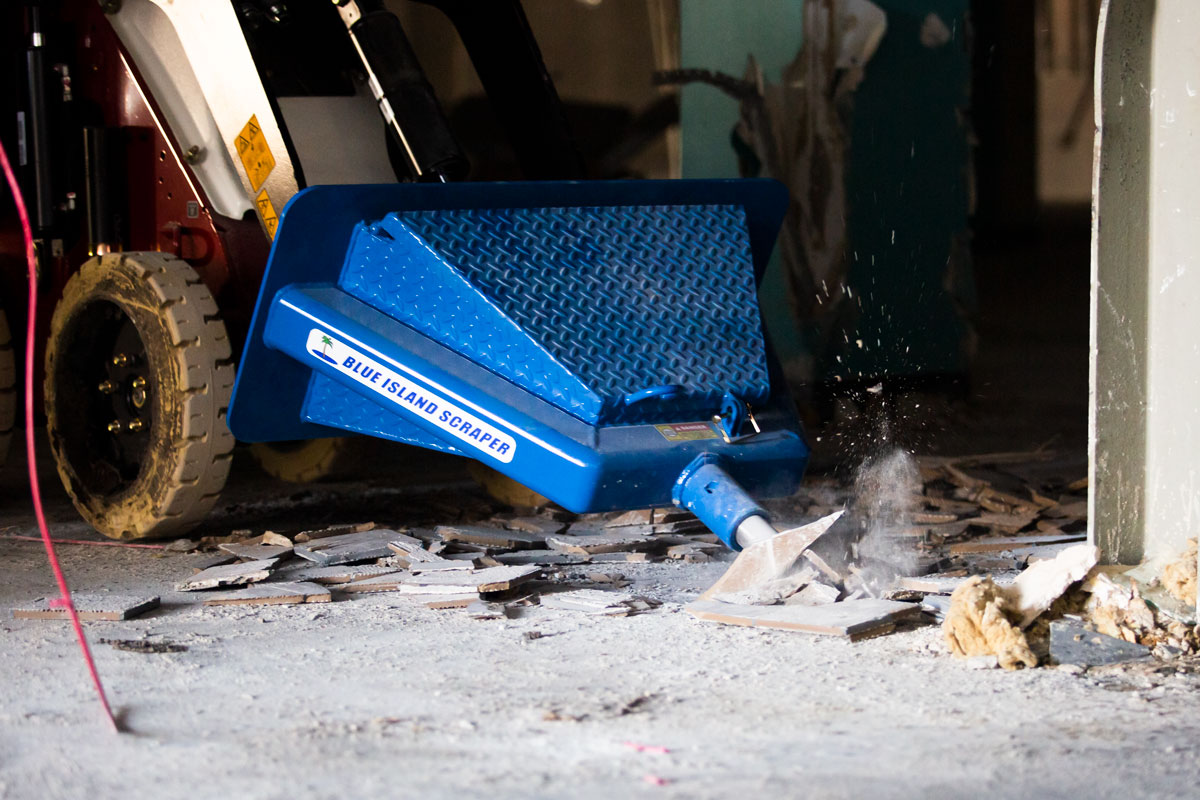 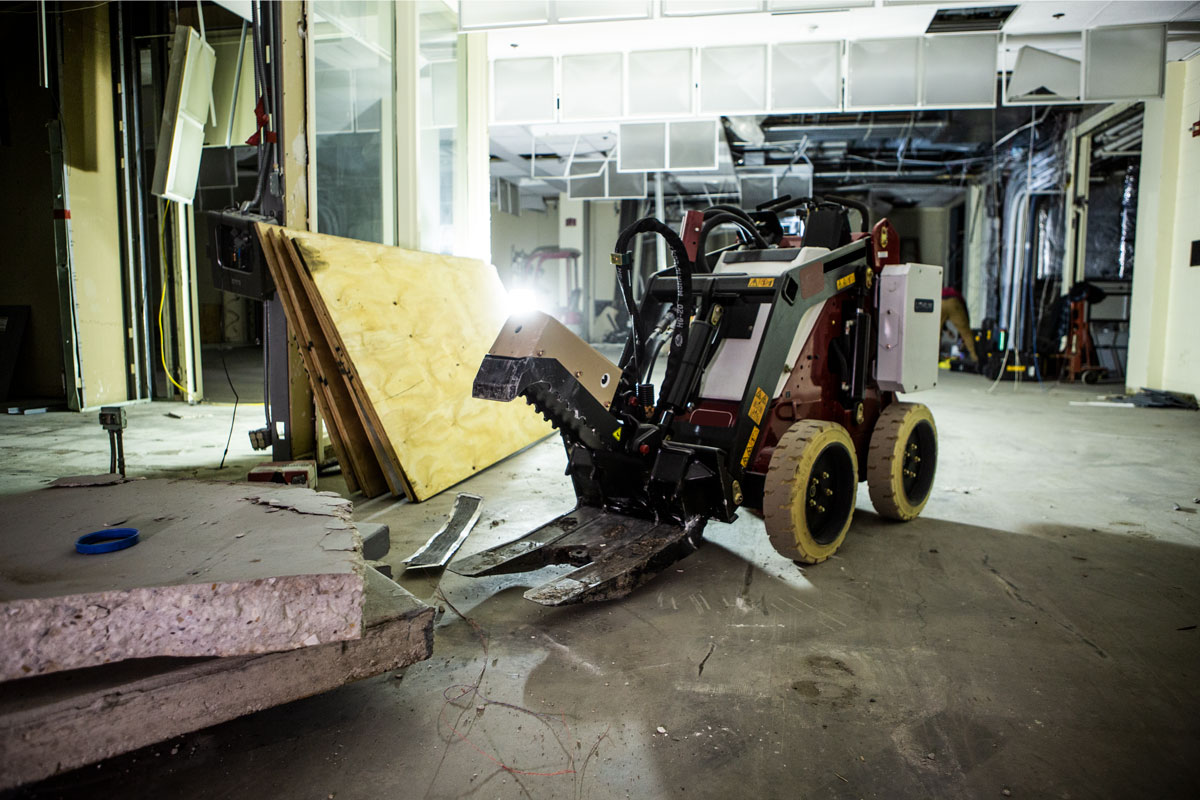 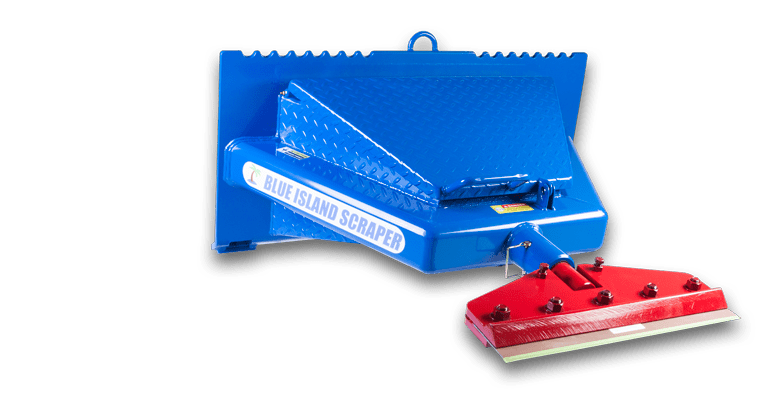 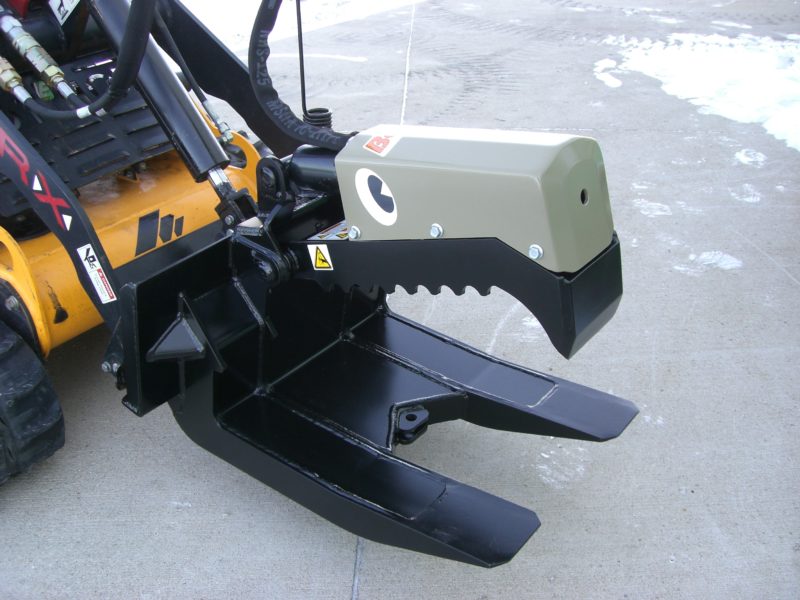